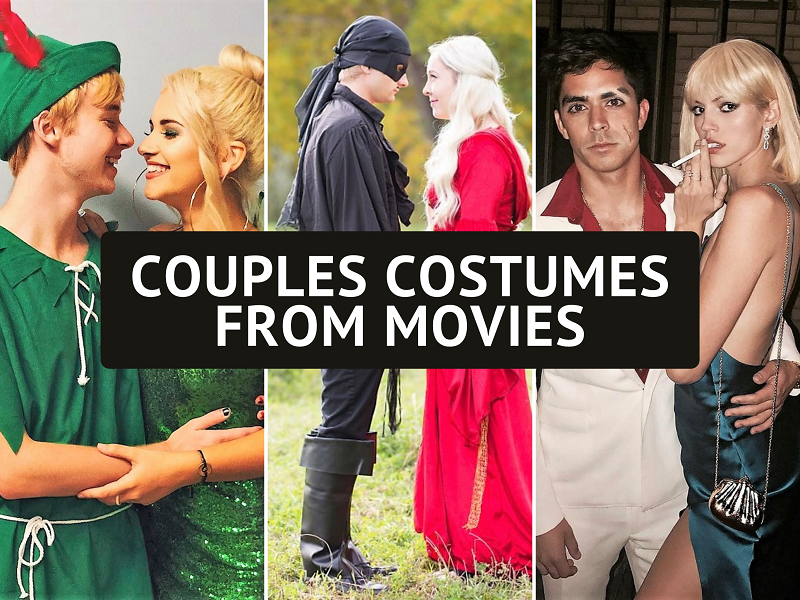 Are you searching for a couple's Halloween costume idea from the movies?

You may also want to check out these Disney couple's costumes too! 😀

This post may contain affiliate links. View the disclosure here.

Find the BEST Couples Costumes from Movies for Halloween 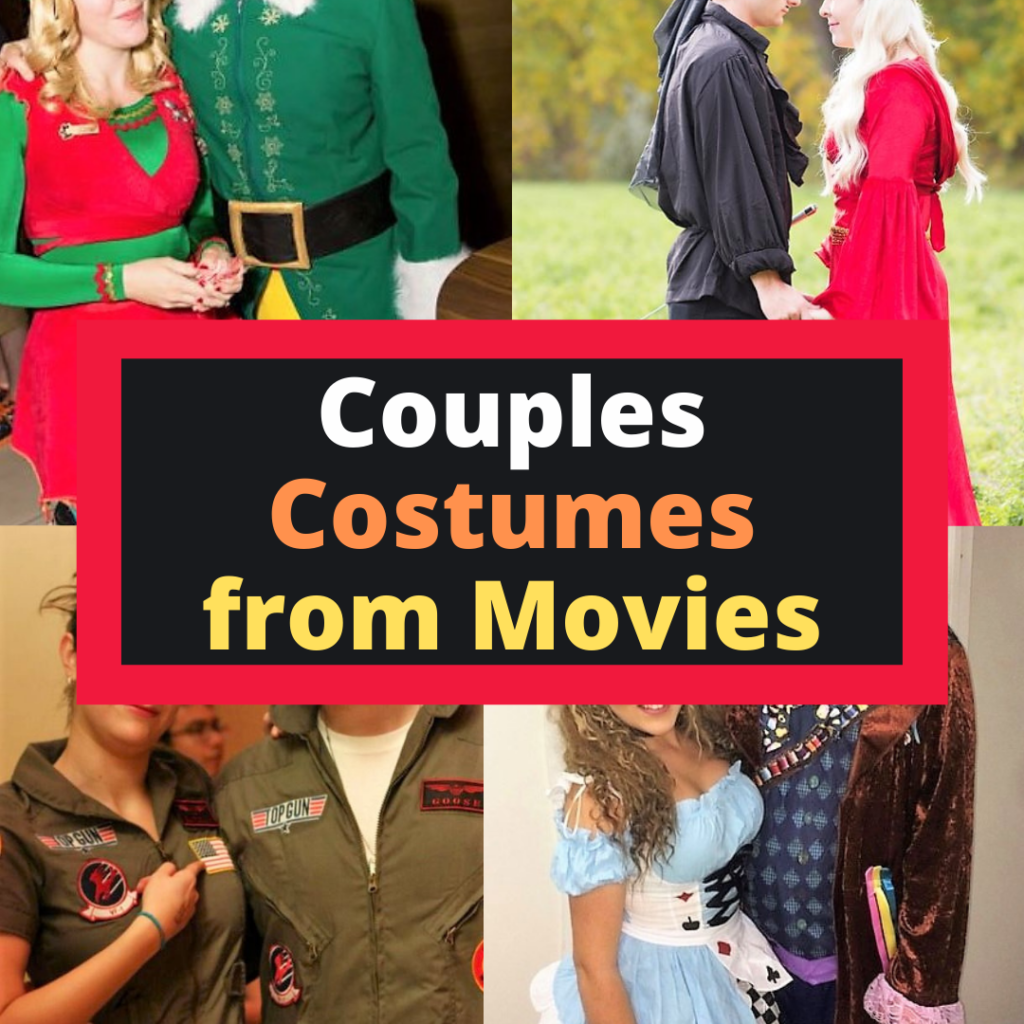 The Best Couples Costumes from Movies by Very Easy Makeup

These Couple's Costumes from Movies include

1. Gomez and Morticia Addams from The Addams Family 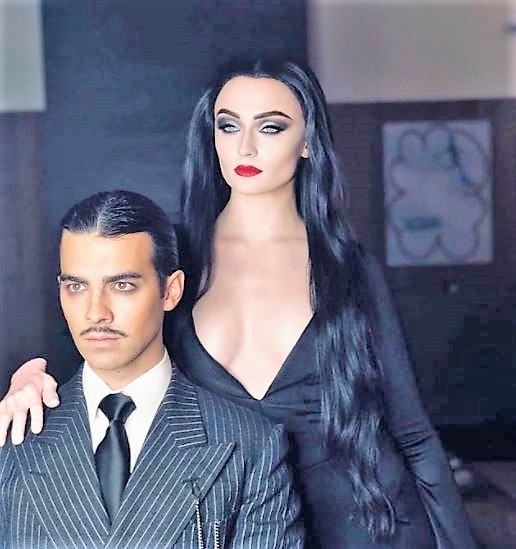 Dressing up as Gomez and Morticia from The Addams Family movie is a classic couple’s costume idea.

Make sure to get white face paint and bright red lipstick for Morticia.

Get These The Addams Family Movie Costumes

2. Aladdin and Jasmine from Disney’s Aladdin 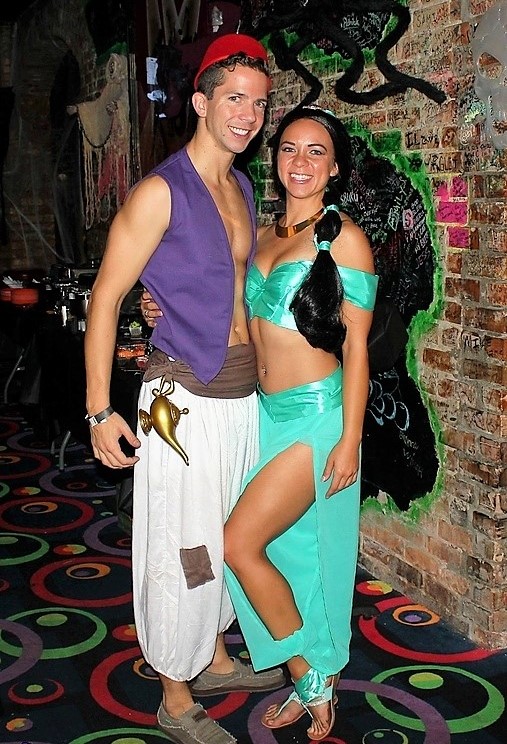 Aladdin and Jasmine are a classic Disney couples costume idea. Plus, who hasn’t seen the movie Aladdin?

Get These Disney Movie Couples Costumes for Aladdin and Jasmine

Remember Austin Powers: The Spy Who Shagged Me from 1999? For funny couples costumes from a movie, go with a Fem-bot and Austin Powers.

Get These Fun Couples Costumes from the Austin Powers Movies

4. Alice and the Mad Hatter from Alice in Wonderland 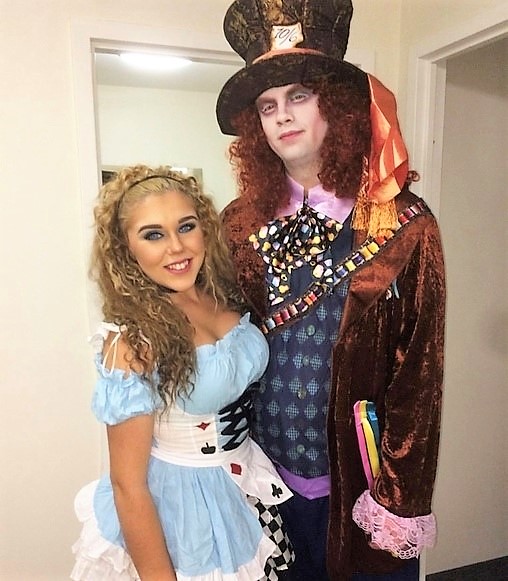 Alice and the Mad Hatter

Disney’s Alice in Wonderland is unforgettable. You can dress up as a sexy or sweet Alice. The Mad Hatter costume is sure to grab everyone’s attention.

Buy These Couples' Costumes from Alice in Wonderland on Amazon 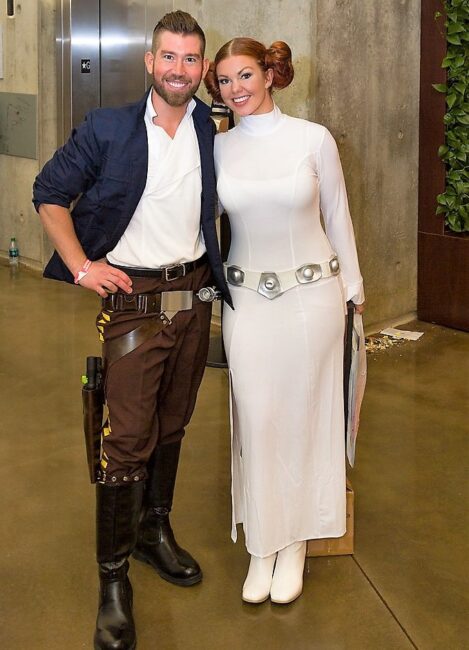 Star Wars is ALL the rave right now. For a classic couples costume idea from the movies, go with Hans Solo and Princess Leia.

Get These Couples Costumes Based on the Star Wars Movies

The Barbie costume from Toy Story is cute AND sexy. You’ll be showing off your entire figure in this sexy costume for women!

Get These Toy Story Movie Costumes for Couples

7. Harley Quinn and The Joker from Suicide Squad 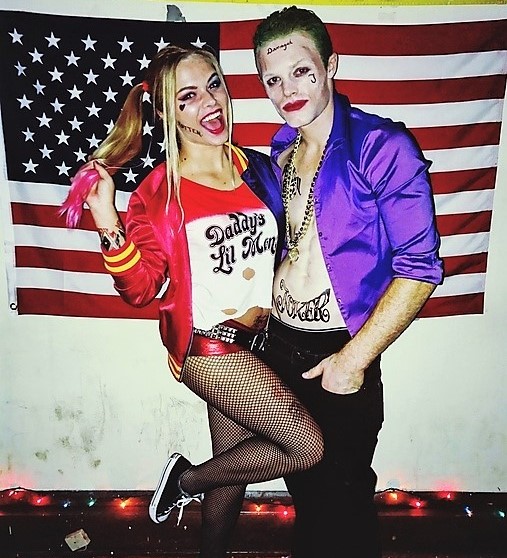 Harley Quinn and The Joker

If you want a couple’s costumes from a movie with supervillains, go with Harley Quinn and The Joker from Suicide Squad. You can either buy the Harley Quinn costume on Amazon or buy the shorts and shirt separately.

Get These Suicide Squad Movie Character Costumes for Couples 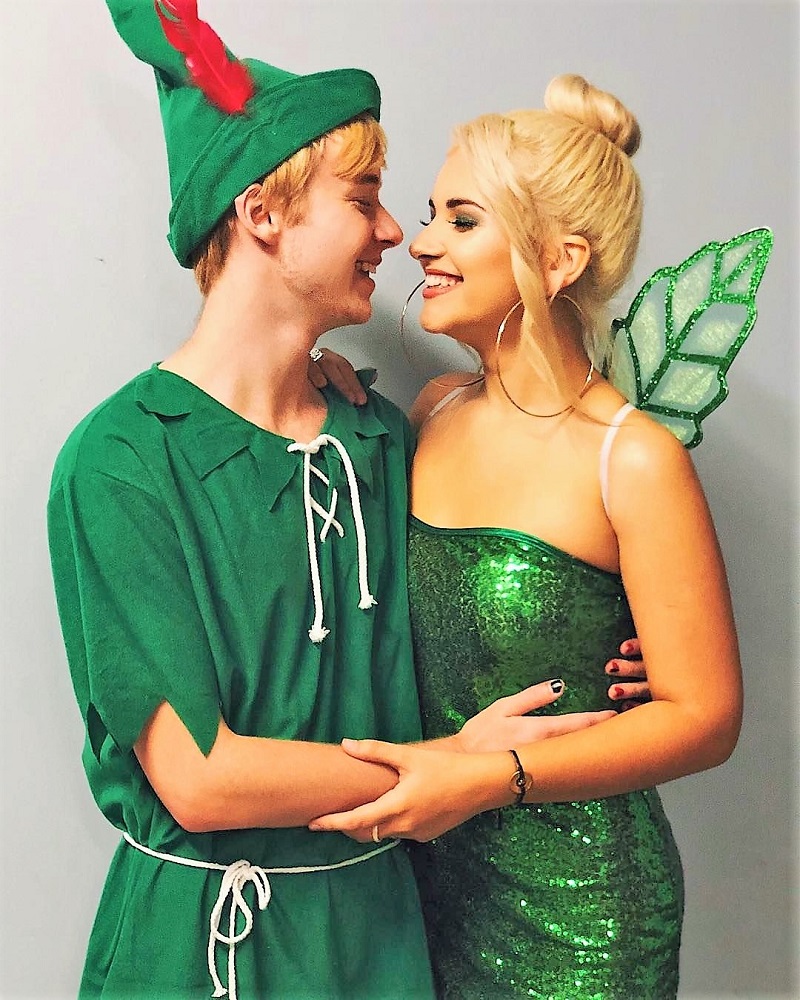 Dress up as a couple that wants to be young forever with Peter Pan and Tinker Bell from Disney’s Peter Pan.

Get These Couples Costumes from the Peter Pan Movie

Elvira and Tony from Scarface

Dress up as Elvira and Tony from the movie Scarface for Halloween if you want costumes that are somewhat fancy!

Wear a teal blue dress for Elvira and a white suit with a burgundy/red shirt for Scarface.

Get These Sexy Couples Costumes Based on the Scarface Movie

10. Goose and Maverick from Top Gun 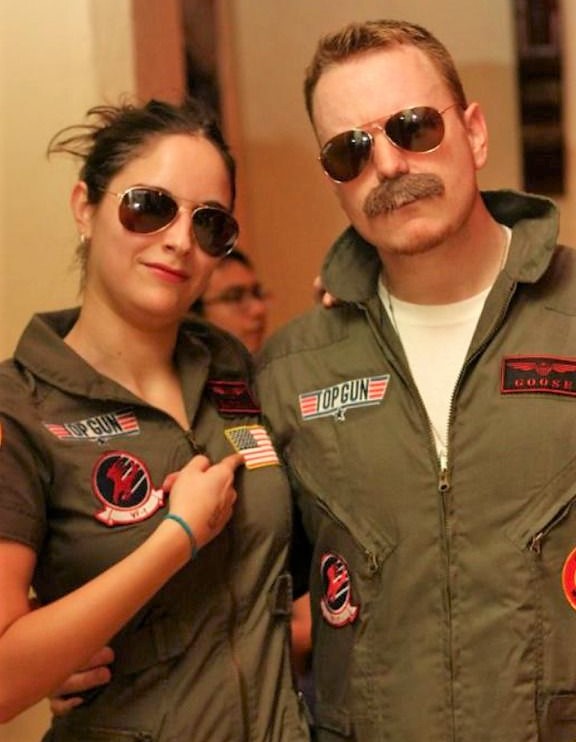 Goose (Anthony Edwards) and Maverick (Tom Cruise) are two men in Top Gun, but that doesn’t mean you can’t change things up and dress up as a couple from the movie Top Gun for Halloween.

The Best Couples Costumes Based From the Top Gun Movie

11. Sandy and Danny from Grease 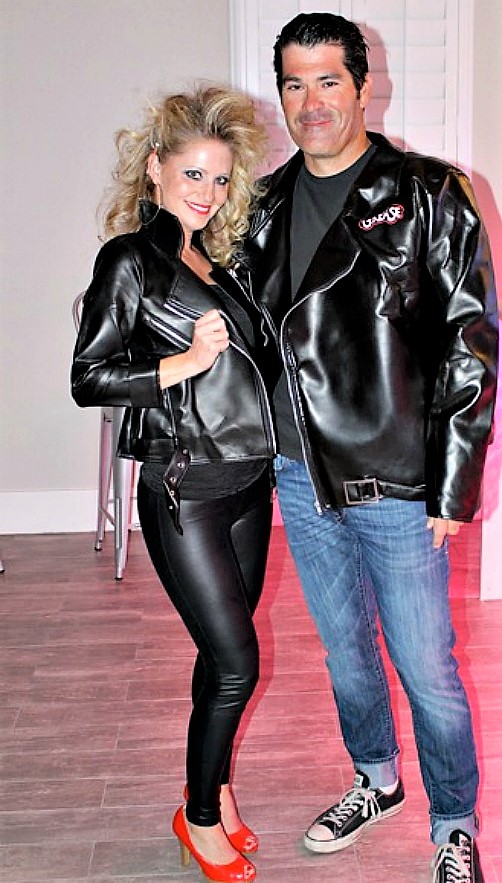 Sandy and Danny from Grease is always a classic costume idea for couples. This is one of the easiest costume ideas for a couple from the movies if you want to a DIY costume.

12. Woody and Jessie from Toy Story 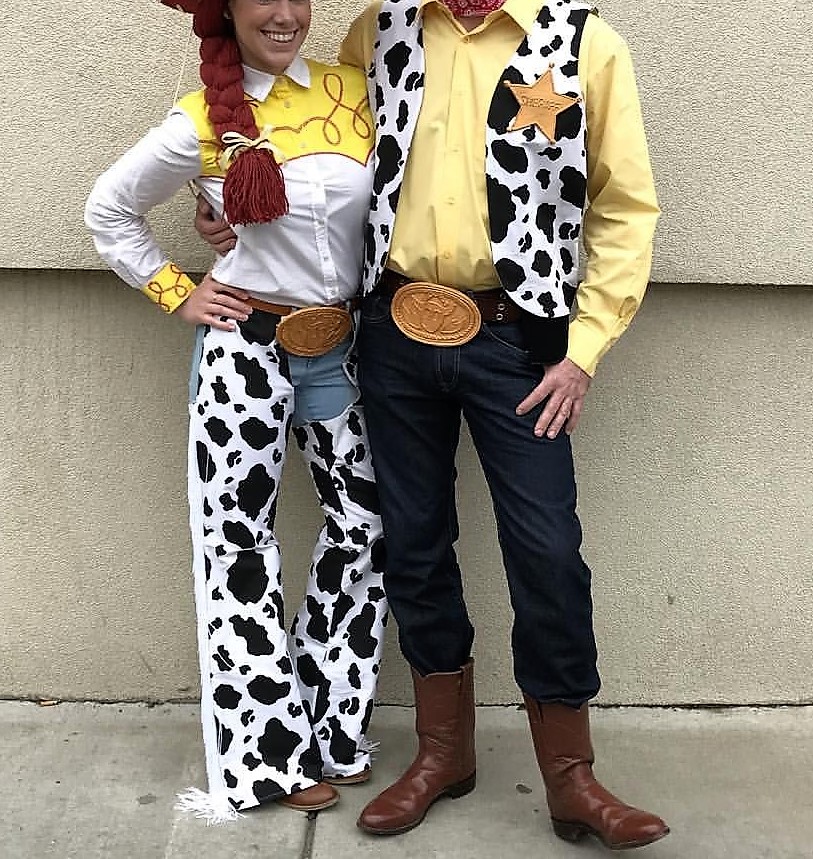 Jessie is one of the most popular costumes for women. Dress up as Woody and Jessie for a cute couple’s costume idea from the Disney movie Toy Story.

Get These Disney Couples Costumes from the Toy Story 3 Movie

13. Wesley and Buttercup from The Princess Bride 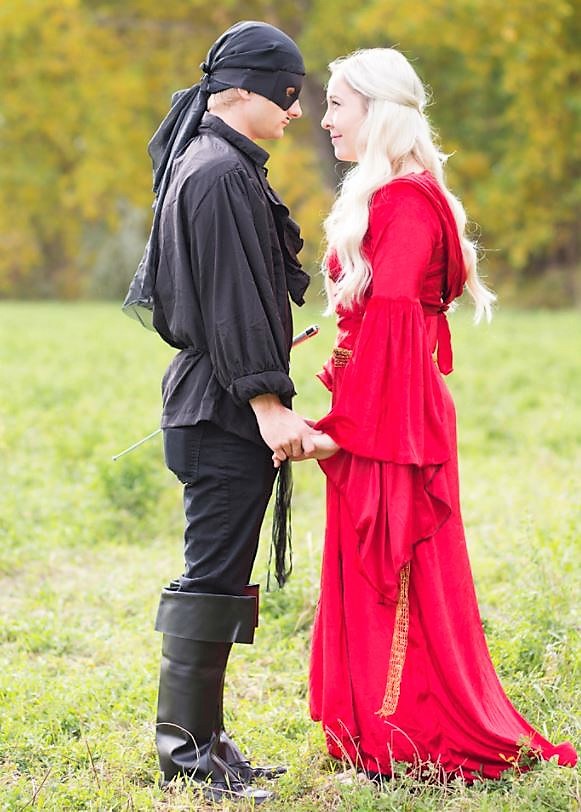 There’s so much romance and fun energy between Wesley and Buttercup in The Princess Bride. Dress up as a couple from this 1987 movie for an elegant couple’s costume idea.

Dress Up as the Heroic Characters from The Princess Bride Movie

14. Buddy and Jovie from Elf 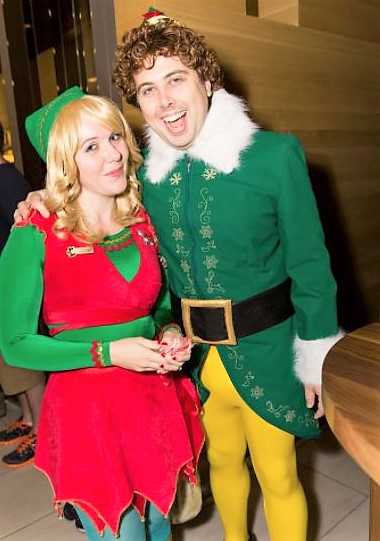 Who doesn’t love Will Ferrell and Zooey Deschanel?

Get These Fun Couples Costumes Based on the Elf Movie 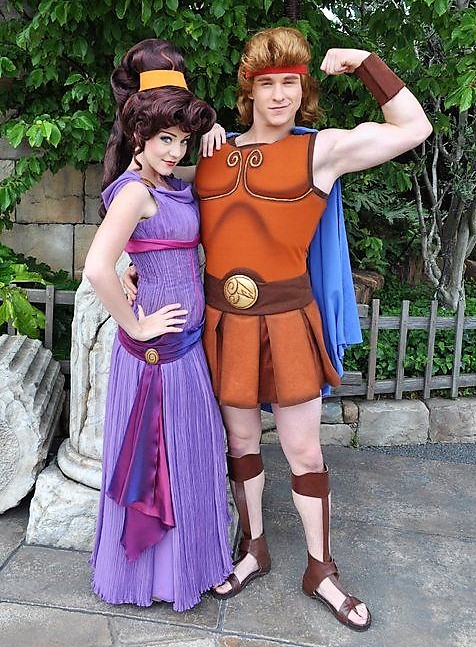 Dressing up as Hercules and Megara from the Disney movie Hercules is a creative and less common Disney couple’s costume idea.

Get These Disney Hercules Movie Costumes for Couples

16. Wayne and Garth from Wayne's World 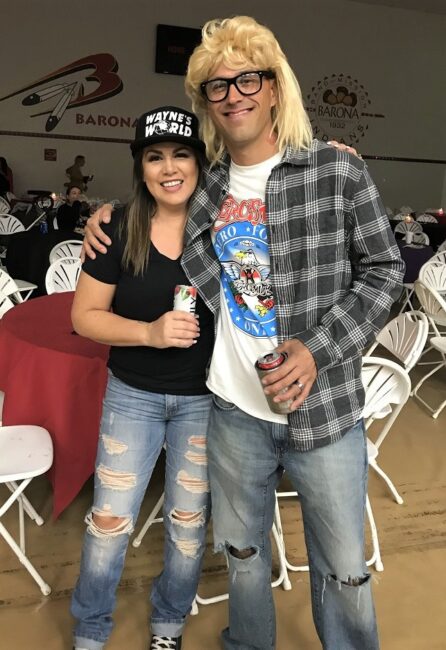 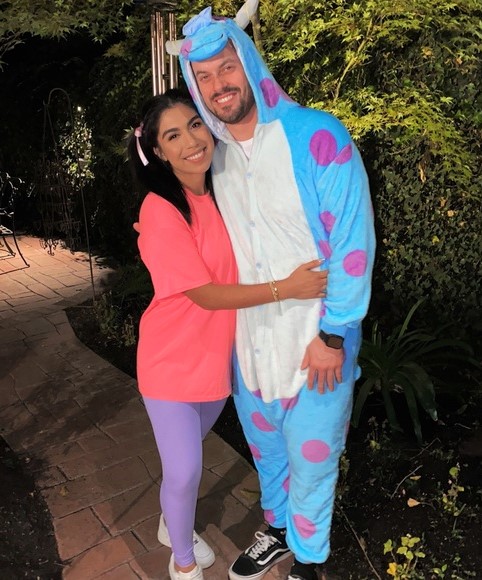 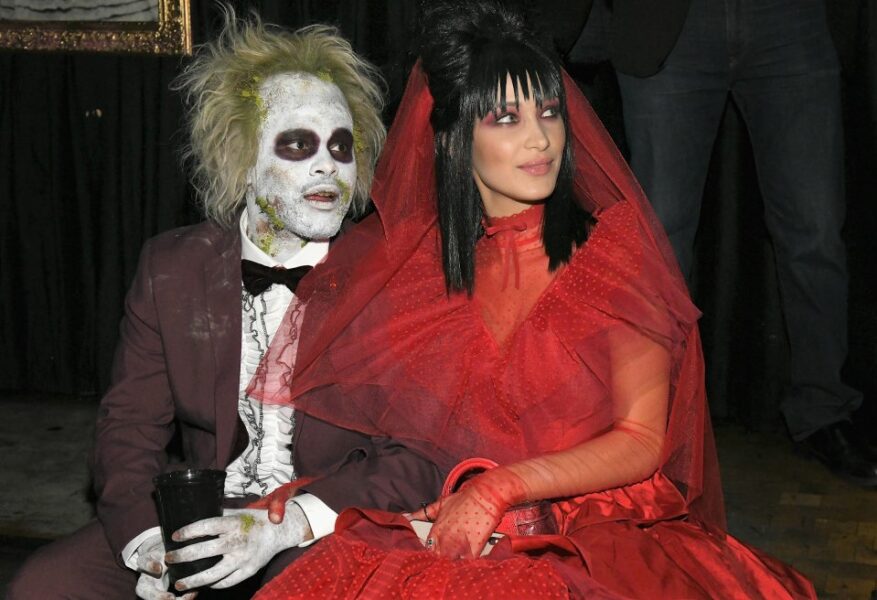 19. Hermione and Ron from Harry Potter 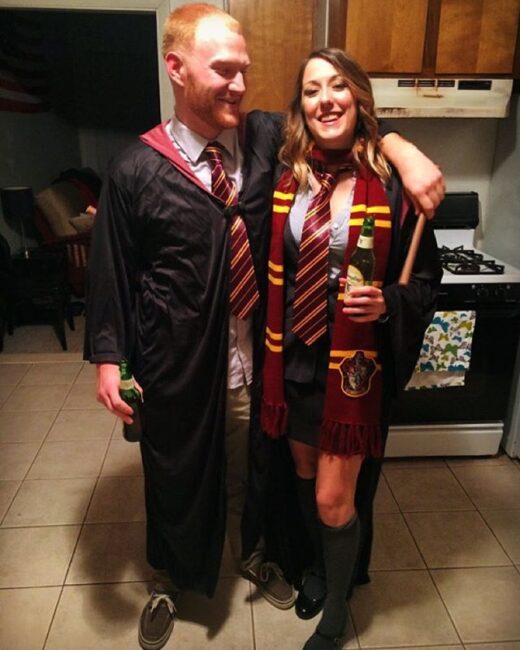 20. Elizabeth Swann and Jack Sparrow from Pirates of the Caribbean 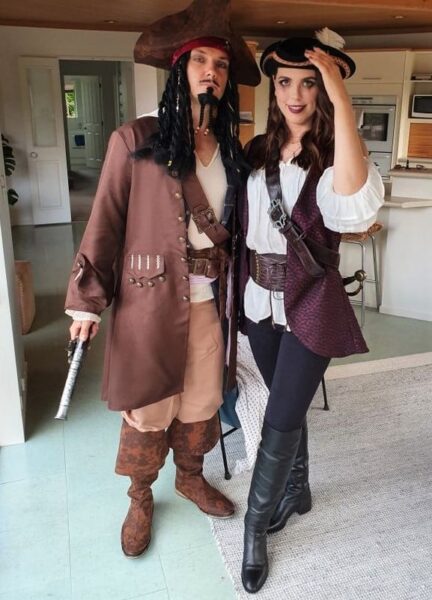 SHOP PIRATES OF THE CARIBBEAN COSTUMES

21. Jack Skellington and Sally from The Nightmare Before Christmas 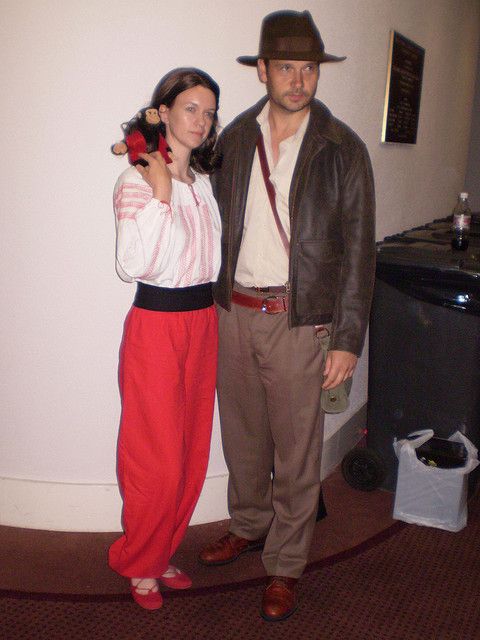 Liked this article with the best couples costumes from movies? Check out these related articles too by Very Easy Makeup!

Cute and Easy to Use Halloween Nail Stickers 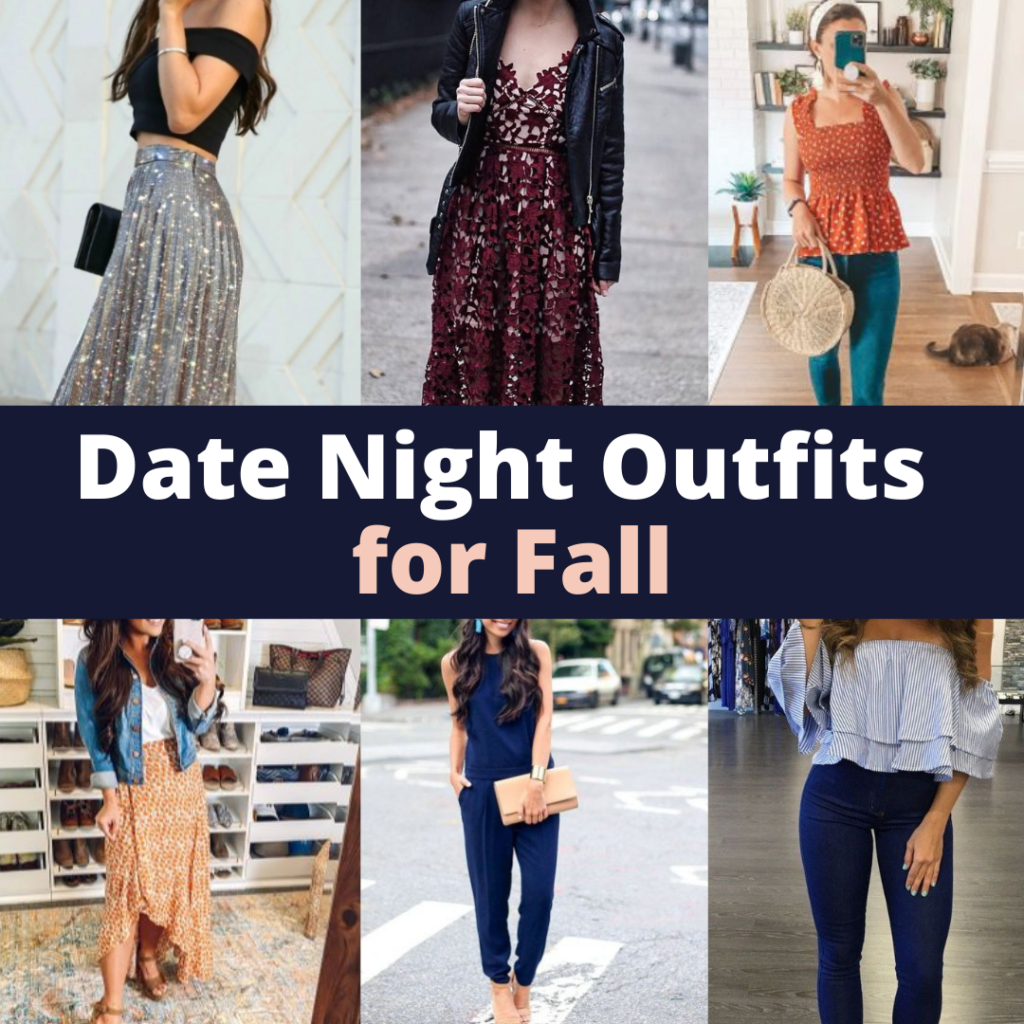 I’d love to connect with you! 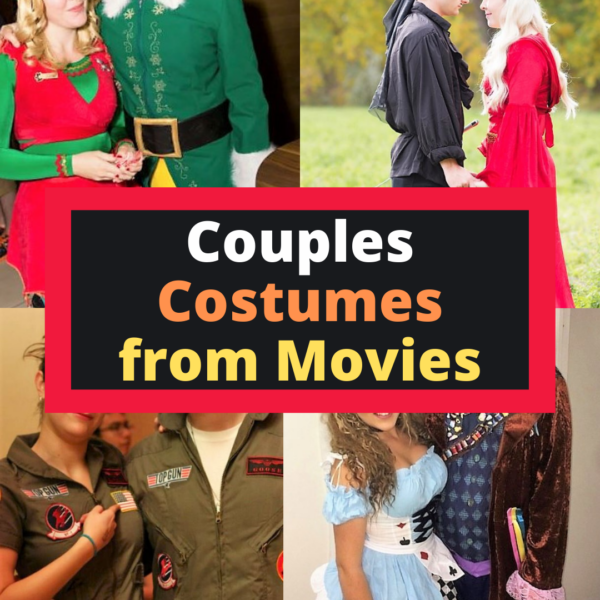 The Best Couples Costumes from Movies by Very Easy Makeup 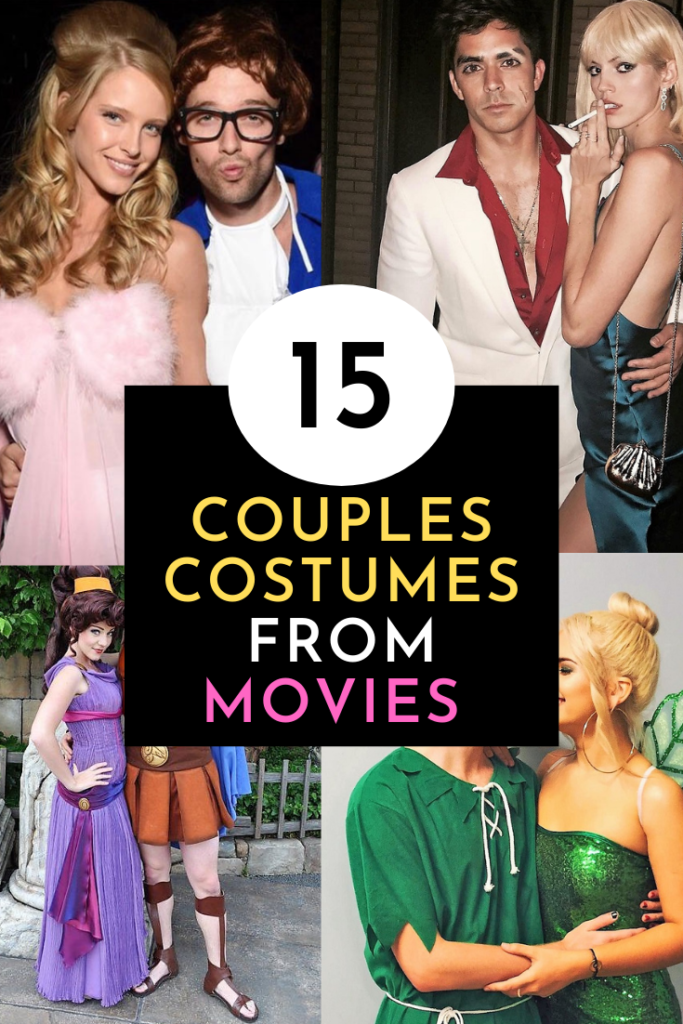 The 15 Best Couples Costumes from Movies by Very Easy Makeup

Leave a Comment / Filled Under: Halloween, HOLIDAYS AND EVENTS

Next Post:
Best Dionne from Clueless Costume for Halloween | What to Buy on Amazon
Previous Post:
21 Best Plus Size Tropical Dresses With 5 Star Reviews (All Under $50) 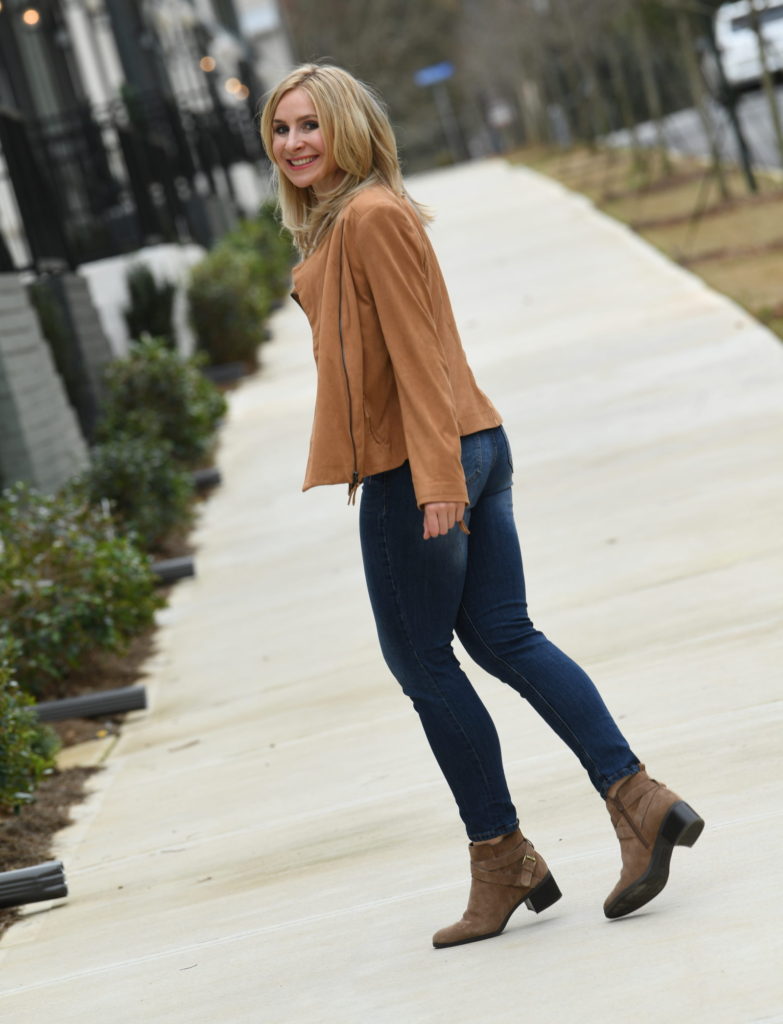 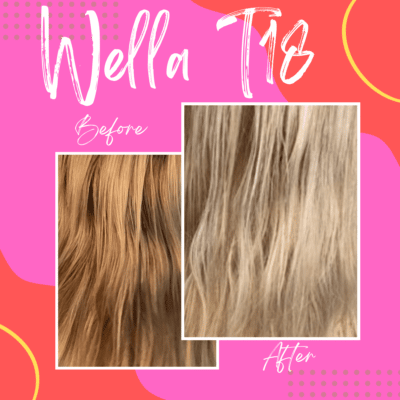 The how-to guides, outfit ideas, tips, and products recommended by Chic Lifestyle are the result of independent research, recommendations from actual women (from Facebook groups and blogs), online reviews, in-depth interviews, and personal experience. I only recommend products and outfits that I personally love and/or that other women love. If you have any questions or comments, please contact me at veryeasymakeup(at)gmail.com. I’d love to hear from you!